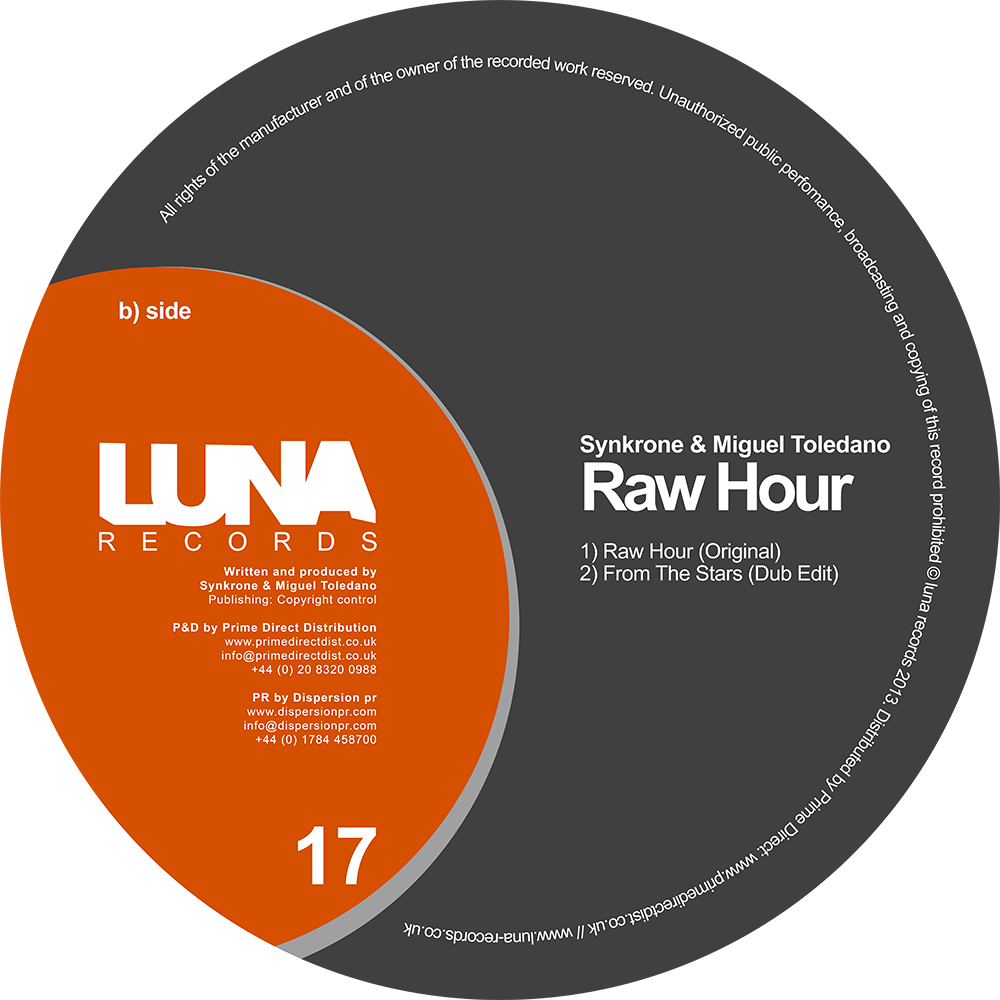 Luna Records, now onto its seventeenth release has made quite the mark since its launch back in 2009. The imprint has released material from the likes of DJ W!ld, Hector, Dan Drastic and Chris Lattner to name a few, honing in on a raw, organic sound that’s defined the labels output and earned it a highly praised status within the underground DJ circuit. Here the label pushes on with more rugged, low-slung rhythms, this time from Synkrone & Miguel Toledano.

Opening the EP we have ‘From The Stars’, a percussive-led workout fuelled by bumpy drums, rumbling subs and underlying background atmospherics that ease an understated tension into the record as it unfolds over its near seven and a half minute duration. Following is title track ‘Raw Hour’, embracing a similar aesthetic with shuffling, loose beats acting as the driving force, while murmuring vocal snippets and resonant sub-bass tones add a pulsating energy to the dynamism of the cut. Then to close the 12 the duo turn in a ‘Dub Edit’ of

‘From The Stars’, a brilliantly contrasting interpretation on the original which sees fluttering ethereal pads, echoing low-pitched vocal stabs and bubbling sweeps ebb & flow throughout the record in an ever-evolving state.