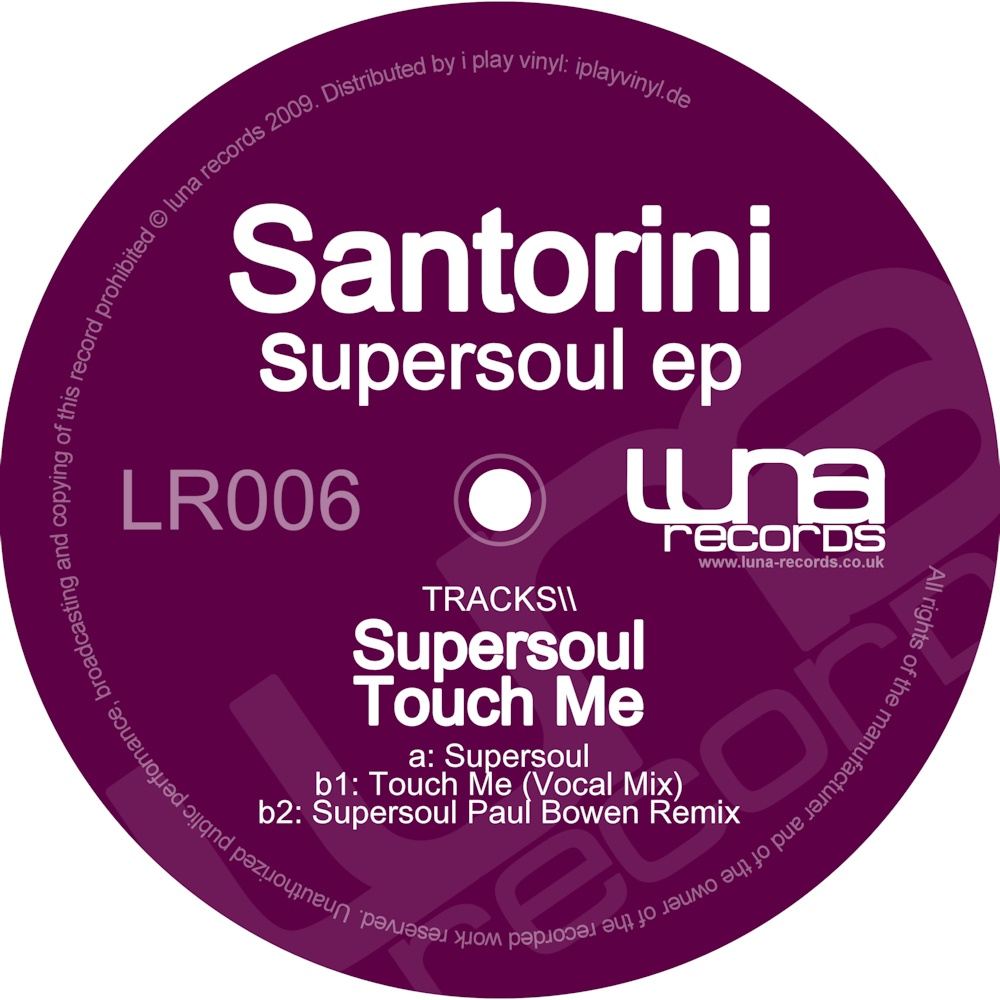 Paul Bowen’s North of England based imprint, Luna Records, follows up material from Justin Drake, Matthias Tanzmann, So Inagawa and Chris Lattner with ‘Supersoul EP’ from Santorini this September.

Santorini, real name Andrea Santoro, has delivered material to the likes of Upon You, District Raw and Little Helpers in recent years and has won over many Djs and ‘floors with his intricately rhythmic house grooves. After remixing Paul Bowen for LR005, the 26 year old Italian was invited to contribute his own single and the ‘Supersoul EP’, comprising four original cuts (2 physical, 2 digital) and a ‘lazy dub’ from Bearweasel, is the result.

True to Luna’s already nicely defined sound, the focus of the EP is on bass heavy grooves with subtle yet distinctive character. Lead track, ‘Supersoul’ fits the bill beautifully, with a heavily grounded drum/bass combo providing swing, power and drive to a track with a brilliantly simple, elegant chord progression threaded throughout.

‘Touch Me’ follows and with via heavily shuffled rhythm track and brutally effected melodies, proves itself to be a more intense affair than ‘Supersoul’, yet one that is mellowed with soulful, reverb’d sections of female vocal. The result is a piece of excellently balanced, modern house.

Bearweasel, having previously cropped up on Luna as remixers of Chris Lattner, return to the label to deliver one of their ‘Lazy Dubs’ of ‘Supersoul’, the result of which is a slow burning, dubby cut filled with filtered sounds and skittering top end percussion. Typically hypnotic for the London based duo, it’s a blissful listen.

Finally, two digital-only tracks, a dub of ‘Touch Me’ and ‘Mr Molotov’ round of a superb package.

Luna is a label which is getting stronger with every release, and as a result this release deserves your attention.