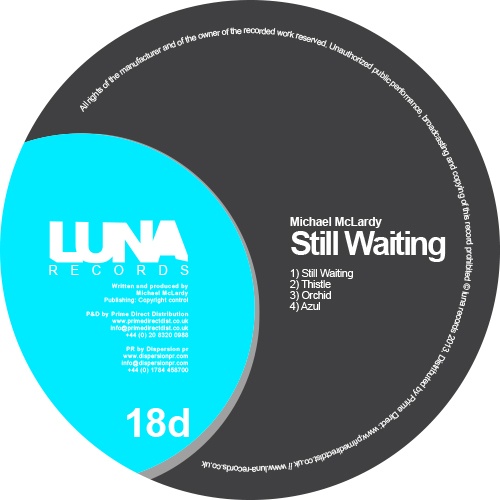 Michael McLardey delivers 4 fantastic cuts for Luna Records digital series collection. Deep, dark and hypnotic at times yet very consistent in sound and perfect for that early warm up set.

Nottingham (UK) based Michael McLardy has steadily been building his reputation as a solid and reliable name in deep and tech house circles. His throbbing, subby, dance floor grooves have appeared on labels including Highway, Baker Street, ALiVE, Back To You, Deep Edition, Save You, Deso and more and have received support from A list DJs across the globe. His original work has seen the remix treatment from DJ W!LD, Moodymanc, Matthew Styles, Adam Shelton, JMX & many more and he’s recently remixed for Milton Jackson & Jay Tripwire amongst others.

McLardy describes his style as “stripped back, deep, and anything with a solid groove,” with influences covering a wide spectrum of modern music such as the grooving house of Ricardo Villalobos, Luciano and Zip to the ambient and melodic soundscapes of Brian Eno, Boards of Canada and Ulrich Schnauss. Bands such as Radiohead, Telfon Tel Aviv and M83 are also choice listening.

2014 sees the one year anniversary of Michael’s Left Wing Recordings label alongside the launch of vinyl only imprint Leftback Records with partner Dudley Strangeways as well as string new of original material on 12″ vinyl.